Writer In Motion is a funny thing. When the idea first sparked last spring, I had just finished grieving one of my favorite stories. I’d worked so hard for a year trying to write it, to rework my process for a cleaner first draft, and to get all the story boarding and concept art together with a deep history for each character. But I couldn’t stop spinning my wheels on the first act, and a voice from the past kept hammering into my head how wrong I was to write this story and how no one would ever read such [insert many horrible labels] dribble. The book was cursed, and no matter how much I fought to push through it, that story and I were not ready to be together.

That’s where Writer In Motion stepped in.

During the first season, all of my frustration was poured into Fire & Whiskey, and I agonized through the process. I couldn’t write it, I couldn’t revise it, every step of the way felt like I was climbing Mt. Kilamanjaro until the story was done, edits complete, and I never wanted to look at it again. Except I absolutely love my main character and his story. 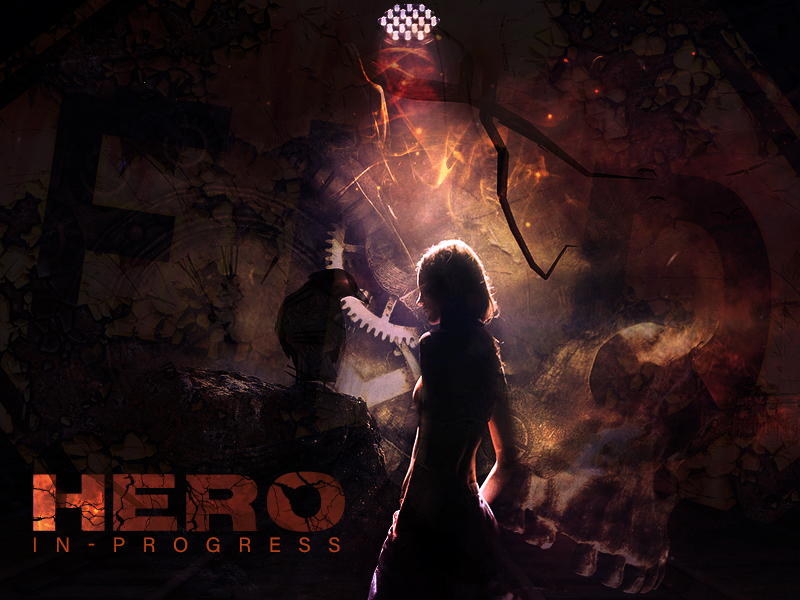 So after that first season I found my spark again. Fire & Whiskey’s main character has been with me for years, since before my RPG days and so I set out to draft his novel and rejigger my writing process based on some very stark truths about myself I discovered during Writer In Motion. Except I started spinning my wheels again.

It was then that I stumbled across something V. E. Schwab posted on Twitter:
“Every book is the hardest book.”

That truth sat in my gut like a stone for weeks. It wasn’t just her truth, it was mine. It was personal. Other writers I knew were feeling it. It became apparent in their tweets, their slack comments, their excitement for their friends’ book deals while they threatened to burn their own half-drafted manuscripts. We were all alone in a web of anguish between ourselves and our stories, but we were all connected by this one universal truth.

So I flipped the table over. Screw everything I’d ever written up to that point. I was going to start over. Start fresh. Do something insane and crazy and who the hell cares what comes of it, right? No more people judging my characters’ personalities and placing the label on my forehead. No one telling me what I was and wasn’t allowed to write. Basically, I needed to silence the negative voices in my head, the ones that kept telling me everything was wrong and how dare I write these horrible, broken, destructive characters or those sentences that were so awful even the broken grammar police didn’t want anything to do with them.

It was time to find my way back to the crazy I love to write – dark worlds and dark deeds.

I started googling concept art, fantasy worlds, searching for the craziest, most bizarre images that didn’t connect to any of my current stories. Fresh, dark, vivid – something new. And soon I was drafting something insane – a retelling of sorts that mashed together elements of the underworld and an old Bavarian fairy tale.

Then Writer In Motion started again. And the night before the prompt I had a spark of an idea, one that led me straight to the writing The Clocks Inside. This story poured out of me. But more specifically, I didn’t fight it trying to find some process. I just rolled with it. 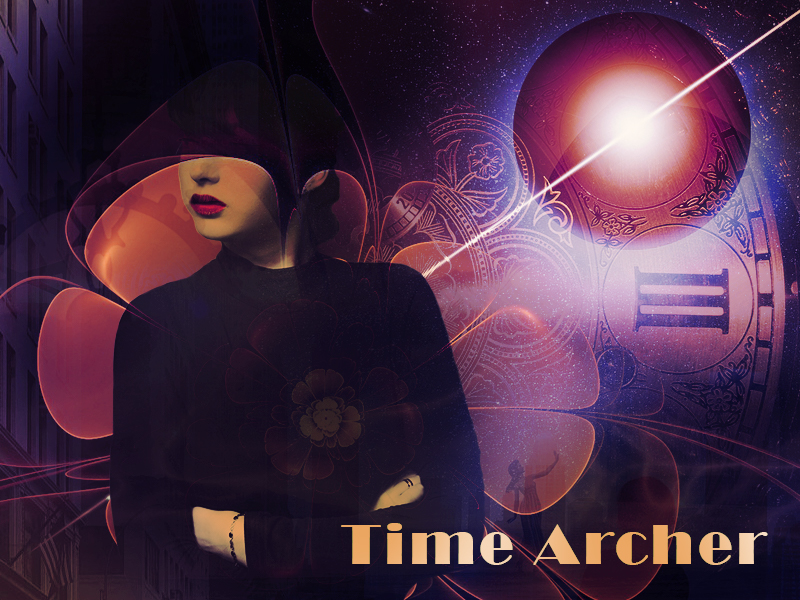 During my second round of Writer In Motion, I learned another truth about myself. That I’d taken some good advice from years ago about an old story and somehow twisted it into a focal point for my writing. That I also was still fighting through processes that didn’t work for me. And again I was spinning my wheels on this new story – writing scenes, crafting elegance, but not telling the story.

So last week I hit the ‘screw it all’ button again and went back to what I know. My process. The one I loathe because it means more revisions in the long run, but it also means I can get back to finishing an actual draft. I sat down and vomited words, but with a new twist. I didn’t write scenes, I just wrote. Half-baked dialogue, movement, and every step of the way the MC loses a battle. Or if she wins, she has an equally cumbersome loss. I gave her agency to keep going, but I didn’t give her the skills to win. In fact, she’s lost everything – family, herself, and even came face to face with a few horrible truths about herself.

And today I’m vomiting up the climax. The story trail is only 10K words long, with another 40K written in ‘scenes’. Tomorrow I’ll weave those scenes into the backbone and have a 40-50K pile of shit. But it’s a story, a finished one after two years of growing pains.

Writer In Motion helped get me there – to this milestone I’ve been fighting to accomplish for two years. The project’s short story framework seems small when viewed from a distance, but when working through a short story, the Writer In Motion process gives specific deadlines and helps writers to focus, to push themselves and take chances, and it unveils where they’re struggling with their novels. It can feel like you’re climbing a mountain, but the view from the top is magnificent.

As a founding member of Writer In Motion, I love what I’ve seen the project do for other writers and the sense of community that’s born from a small group of us all working together toward the same goal.

As a writer . . . Writer In Motion is everything. It has brought me deeper into the writing community with dozens of new connections and friendships forged, taught me crafting techniques I’d not considered (or heard of) before, and it helped shine a spotlight on so many places of myself as a writer. What I struggle with, where I’m not hitting the mark, and how to look beyond the words to find the story. It’s hard, it’s fun, and it’s personal to each person.

I’m so honored to be a part of this community.

To my partner-in-crime Jeni Chappelle, Writer In Motion would not be what it is today without your insight, your genius, or your wonderful ability to encourage writers to see all the beauty in themselves as a light the world needs to hold.

To the Writer In Motion team—Stepanie Whitaker, Thuy Nguyen, Sheri MacIntyre, and J. M. Jinks—you guys have worked so hard these past few months and brought so much life and love to the project. You’ve all been the strings holding things together and helped Writer In Motion to shine like a beacon with your beautiful artwork, gorgeous words, and taco gifs.

To Carly Hayward, S. M. Roffey, Stephanie Whitaker, SKaeth, Ellen Mulholland, Ellie Doores, Kathryn Hewitt, Rebecca Fryar, Megan Van Dyke, Kristen Howe, CoffeeQuills, and Monique Ocampo for both Fire & Whiskey and The Clocks Inside. Y’all are just amazing people. Your insight, your encouragement and your crafting ideas have not only brought both stories to life, but also helped me on a deeper level as a writer.

And to all the writers and editors who jumped in, crafted their stories, critiqued and edited, and embraced the project—you guys have no idea how amazing you are, or how wonderful it is to see your excitement, frustrations, ideas, process posts, and all the wonderful elements that come together and form you and how your mind works. Never stop writing.

Thank you all for everything. 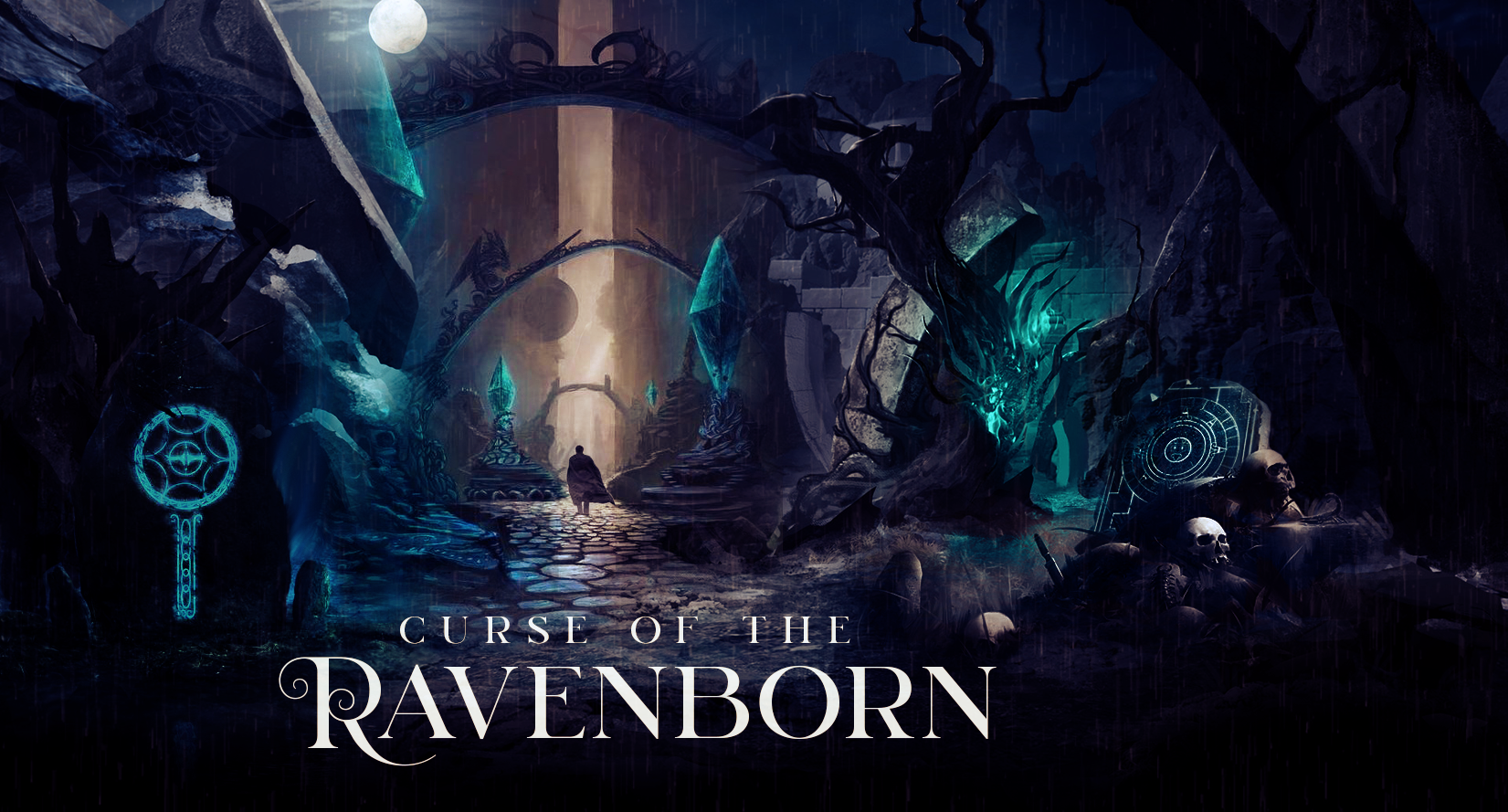 Writer In Motion is officially over for this season and it’s time to get my new story (squeeeee) polished up. But in 2020 we’ll have a new prompt and a another round, so be sure to follow the hashtag #WriterInMotion or the official @WriterInMotion twitter account. And if you’re a writer that’s spinning your wheels or have thought about joining – do it. You’ll be amazed what the Writer In Motion project can do for you and your stories.